Pure Arctic Oil contains omega-3 oil sourced from cod fished off the coast of Norway. Discover Ålesund – the city in Norway where the story of this oil begins.

The CodMarine® Fleet consists of 7 new factory trawlers based in Ålesund, Norway. Our oil is produced in Pharma Marine AS within 6 hours from the fish is caught. You can trace your Pure Arctic Oil bottle by locating the fishing vessel that harvested your oil. Just see the place where it was fished from the home page at eqology.com. Also, you can follow the whereabouts of ships by using Marinetraffic.com – an open, community-based project, which provides real-time information on ship movements.

Moreover, the MSC Chain of Custody Standard, a traceability and segregation standard that applies to the full supply chain from a certified fishery to final sale, ensures the MSC blue label is only displayed on products genuinely sourced by their standards. The Pharma Marine production facility has this MSC Chain of Custody Standard certification and includes innovative, modern technology that allows an extensive purification process of the finished products they manufacture. From March 2017, Eqology is MSC certified as well. By these means, our customers can rest assured that the omega-3 in our Pure Arctic Oil is of the highest quality, sourced and processed to the highest sustainability standards.

Residual raw material from cod has been a vital source of omega-3 for centuries. Cod fishing and the manufacturing of cod-based products played a significant role in the economic development of Norway. This nutritious and easily stored dried fish could sustain seafarers for months at a time. As many called it, the white gold made salted clip fish and cod liver oil a trading commodity during the Viking period – something to be exchanged for more exceptional goods such as wine.

Around the middle of the 19th century, a better understanding of fish oil’s general health benefits began to emerge. Cod oil was already well established as a useful source of vitamin A and D when in the 1970s, Danish researchers discovered the healthy omega-3 fatty acids DHA and EPA. After this, cod oil became increasingly popular as a reliable source of omega-3 fatty acids. 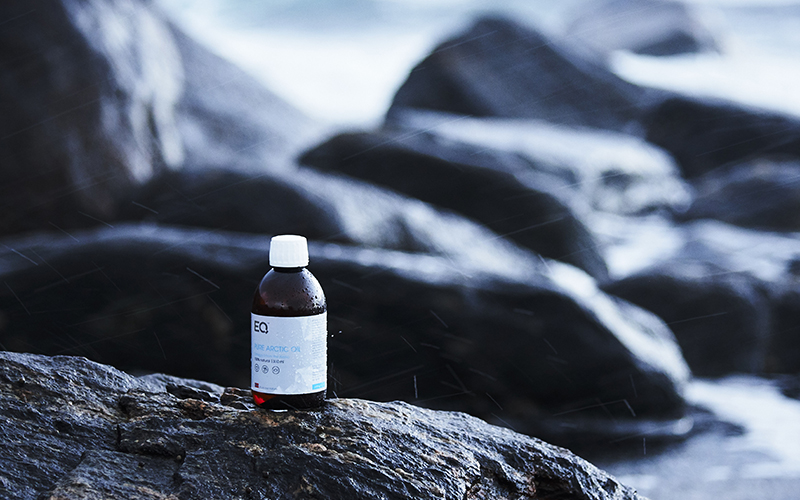 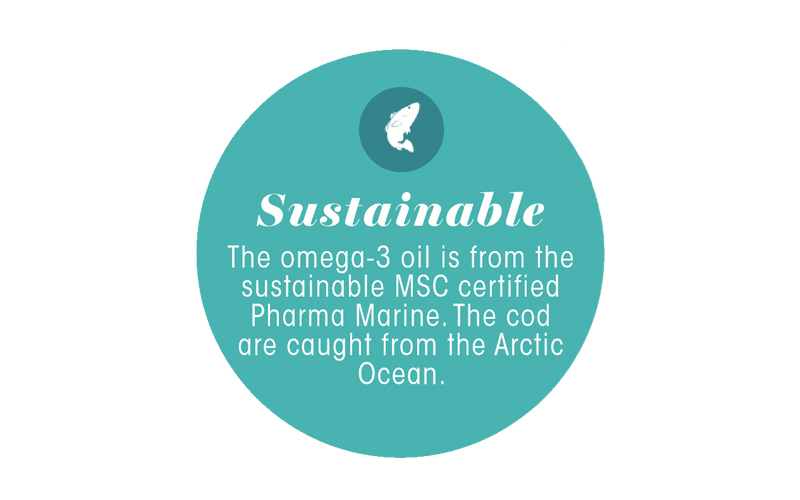 The omega-3 manufacturer Pharma Marine AS is located near Ålesund on the Western coast of Norway –  a region where marine oils have been manufactured for over 130 years. In addition to its advanced technology, the facility has a top-notch research laboratory, one of the most environmentally friendly omega-3 equipment globally.

The facility received its MSC Chain of Custody Standard certification in February 2014.  The principal shareholder and CEO of Pharma Marine is Leif Kjetil Gjendemsjø. He was raised at his family’s fishery. Leif began his career there and has worked with marine products ever since.

The omega-3 oil from the Arctic Ocean is considered to be of the most exceptional quality. Pharma Marine has built the competence and technology to safeguard the quality of the necessary omega-3 fatty acids through years of experience.

The production facility focuses on sustainability, safeguarding the resources for future generations. The cod head and liver are especially fatty and contain a lot of omega-3. Pharma Marine advocates close collaboration between the marine refining industry and fishers to utilise 100 % of the sea’s fish. Gjendemsjø is dedicated to high quality combined with using what we take from nature in its entirety and respecting it as we do so. His top tip for determining the quality of the oil is a taste:

“If the pure oil, before anything is added, tastes good, then it is of high quality”.